Please RSVP via Eventbrite or the City’s event webpage to assure enough seats and handouts. Additional details and class materials are available at SROES.org

Two new Marin websites that may interest you:
The Marin Post
A publishing platform about issues of shared community concern
Marin Map
A group of local governments, special districts and other public agencies that have
joined together to create a Geographic Information System

Get Emergency Alerts by Phone, Text & Email!
Check out our Local resources page

If you live, work or go to school in Marin County and are 18 and over, you may now register your cell phone or VoIP (voice over internet protocol) phone to receive emergency alerts specific to your area sent by call, text, or email. Landline phone numbers (both listed and unlisted/blocked) are already included in the County’s Telephone Emergency Notification System (TENS) but cell phone and VoIP numbers are not included and will require your registration in our Self-Registration Portal. Note that you can register for multiple Marin locations – each geographic location in Marin you choose requires registration with a unique identifying email address. You may register up to two cellphone numbers and one VoIP number per geographic location.   Supervisor Katie Rice recommends that you register!  Please read the FAQ then click here.

A NOTICE TO ALL SAN RAFAEL RESIDENTS:

Many incidents involving theft, break-ins and burglary around San Rafael from Marinwood to Peacock Gap have been reported to the Police Department.   In a few cases reported by the San Rafael Hill Neighborhood, particularly in the hillside areas, there have been pictures taken and arrests made.   BUT the police continue to ask that all residents remain vigilant in watching out for their neighborhoods!!

In addition, lock your doors, remove your garage door openers from your car or place them out of sight and make sure you leave no accessible windows open, whether you are home or not.

Be safe and keep your eyes open, report any suspicious person or vehicle noticed in your area to the police, as it is always better to be safe than sorry. 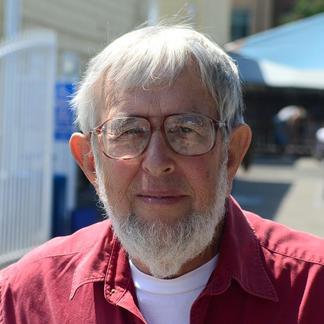 Hugo Landecker, a longtime San Rafael booster, volunteer and community organizer, died Sunday after a six-month battle with an aggressive form of lung cancer. He was 78.
Mr. Landecker, one of the cofounders, with wife Cynthia, of the Gerstle Park Neighborhood Association, died at 2:26 p.m., just as the neighborhood group’s annual picnic, which he started at the then-new organization in the 1970s, was getting going. The Gerstle Park group is San Rafael’s oldest neighborhood association.

“I texted Amy (Likover, a close friend) ‘He’s gone,’” Cynthia Landecker said. “Then the band played ‘Say Goodbye,’ and everyone was crying.”
Gina Silvestri, president of the neighborhood association, said it was especially poignant that Mr. Landecker died “just as the community was coming together” at the picnic, she said.

“He was all about community,” Silvestri said. “He was a gem.”
Cynthia Landecker said her husband of 49 years, a San Rafael “Citizen of the Year” in 2014, was devoted to improving the city and preserving its heritage. He spent decades removing Scotch broom from the area’s open spaces, freeing up trails that were formerly closed.

“He believed that you could work together with others, and that you don’t have to be help-less,” she said. “He said if you established relations with city officials and others, then you can work together to make your life better and enrich the community as well.”

In later years, Mr. Landecker took up the cause of downtown merchants who were troubled by the actions of a growing homeless population — earning himself both controversy and praise. His daily email blog on homelessness issues, The San Rafael Group, went out to 500 people.

“A lot of people thought he was evil; he wasn’t,” Cynthia Landecker said. “He just didn’t want the city destroyed.”

“He had the best interests of San Rafael at heart,” Phillips said Monday. “I’ve always respected that.”

Likover, interim chair of the Federation of San Rafael Neighborhoods, said both Landeckers also served with her on the board of San Rafael Heritage, a historic preservation advocacy group that the Landeckers cofounded in 2015. “He worked tirelessly to champion the city he loved, and was a mentor to many of us about public engagement and the importance of the individual as a change-maker,” she added.
Silvestri said Mr. Landecker’s love of historic preservation extended to him being the one to offer reviews and consultations when homeowners in Gerstle Park needed to make renovations.

“He was such a wealth of information and knowledge,” she said. “It’s rare that you find someone who had that many different gifts.”

Hugo Carl Landecker was born in San Francisco in December 1938 to Laura Miller Landecker and Hugo Landecker. He left high school to join the U.S. Navy, and spent three years on the destroyer USS Lofberg, where he learned navigation. After the Navy, he became a journeyman machinist at Hunter’s Point Naval Shipyard, later shifting to Mare Island Naval Shipyard in Vallejo after the Hunter’s Point facility closed.

The Landeckers moved to San Rafael in 1968, where they raised daughter Julie, who lives in Santa Rosa. Mr. Landecker retired in 1991.
​
Mr. Landecker had a longtime love of sailing and took many sailing trips with his family.
Services are pending. Contributions in his memory may be made to the Gerstle Park Neighborhood Association, San Rafael Heritage or the Marin Conservation League.

Nearly 100 people attended a celebration of the life and civic contributions of Steve Patterson on Saturday, March 17th, 2012. Steve was the co-founder of the Federation of San Rafael Neighborhoods and a Gerstle Park resident since 1976 (see IJ article below).  Steve's relatives mentioned that St. Patrick's Day was the favorite family holiday so it was fitting that all gathered at the craftsman house one last time. 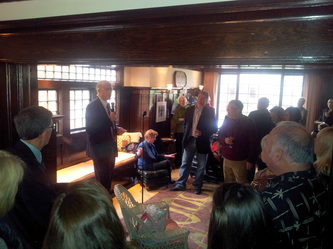 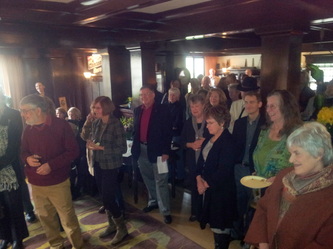 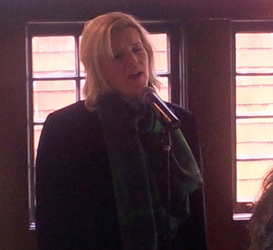 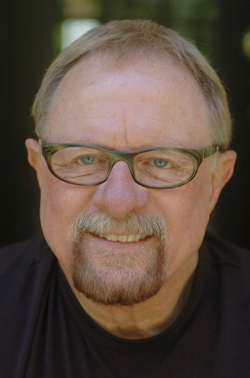 Steve Patterson, a ubiquitous and outspoken voice on San Rafael issues for more than two decades, died Monday of amyotrophic lateral sclerosis, or ALS, friends said. He was 64.

Mr. Patterson, a Gerstle Park resident since 1976 and co-founder of the Federation of San Rafael Neighborhoods, was heavily involved in numerous city issues from development to the 2010 library tax to street trees.

Over the years Mr. Patterson both took on and cooperated with City Hall.

Born on May 2, 1947 in Oakland, Mr. Patterson grew up in San Francisco and moved to San Rafael in 1960. He attended San Rafael High School and San Jose State University, where he received a bachelor's degree in business and a master's in business administration.

An avid bicyclist, weight-lifter and former competitive runner, he owned condominiums in Sonoma and Sausalito, houses and duplexes in San Rafael and a four-unit building overlooking Angel Island in Tiburon's Lyford Cove.

Mr. Patterson continued to serve as chairman of the Federation  of San Rafael Neighborhoods until his death.

"If there wasn't a federation, there'd be trees falling in the forest and no one would hear them," he told the Independent Journal in 2007. "We enable a dialogue that wouldn't otherwise happen."

A group of residents nominated Mr. Patterson for San Rafael's citizen of the year last month.

"Steve has worked tirelessly for the betterment of San Rafael," resident Jackie Schmidt said in a letter supporting the nomination. "He always did the administrative grunt work, communication, and also personal advocacy — day in, day out, year in, year out. He was reliable (some would say relentless) in his efforts — always to be counted on to participate, never 'dropping out' of the dialogue."

Sandy Miller, a Dominican resident and former federation secretary, said Mr. Patterson "just had his fingers on everything in San Rafael. He made sure nobody got away with anything."

Former Mayor Al Boro sometimes butted heads with Mr. Patterson at public meetings but remembered him as a dedicated force in city politics.

"We sometimes didn't agree on how to get things done, (but) I think we both wanted to accomplish the same things," Boro said. "He certainly put a lot of effort into being concerned about the city. He should be recognized for that."

"He sent an email to community leaders and friends to tell them of the card that he had been dealt and said that he was going to keep on working until the end — and he did," Likover said. "He's a real straight shooter — you always knew where you stood with him. He spoke to the issues. ... He was all about transparency in government."

Mr. Patterson is survived by an aunt and cousins in Iowa, said Tymber Cavasian, the federation's vice chairwoman. A memorial service is still in the planning stages but will take place in the next few weeks at Mr. Patterson's home, she said. For information on the service, send email to tymber@distinctivebuilders.com or call 459-4337.

In Memory of Dick Watts,  FSRN Board Member 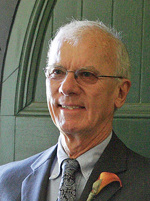 RICHARD LEONARD WATTS  1937 - 2010
"One generation plants the trees; Another gets the shade." Chinese Proverb Those of us fortunate enough to be part of Dick Watts' life will always enjoy the shade of his love and generosity. Richard Leonard Watts was born in New York and raised in New Jersey. A graduate of Princeton and Purdue, he studied chemical engineering and went on to a distinguished career in that field with Chevron. A long-time Marin County resident, Dick dedicated his retirement years to the service of his church, Lincoln Hill Community Church, and his community.

He was active in organizations including the Sun Valley Neighborhood Association and the San Rafael Federation of Neighborhoods. Dick was particularly proud about his work on the 2020 General Plan Steering Committee for the City of San Rafael. Dick tackled his every occupation enthusiastically and efficiently. But, he also took time to enjoy himself. He was an avid tennis player and swimmer, and could often be found at the theater or in a College of Marin Italian language class. He traveled the world. And, as he was truly an engineer at heart, we know he enjoyed researching and planning trips as much as taking them. Dick was a very intelligent man. But, he will be remembered for his wisdom, earned from a life well lived. He died July 1st, at home, on his own terms, after a brief bout with cancer. He will be dearly missed by his wife of 15 years, Nadine Watts, two daughters, Jill Silvestri and Laura Wise, three sons, Brant, Kell and Cade Hardin and six grandchildren.

Published in Marin Independent Journal from July 3 to July 9, 2010